Tanzania: DJI recently collaborated with officials from Tanzania’s Tarengire National Park to take part in a project aimed at using the DJI Phantom to help farmers to protect their crops from being raided by elephants. The park rangers spent a week getting flying lessons from the DJI team on various aircraft, including the DJI FC40, Phantom 1, and the Phantom 2 Vision. 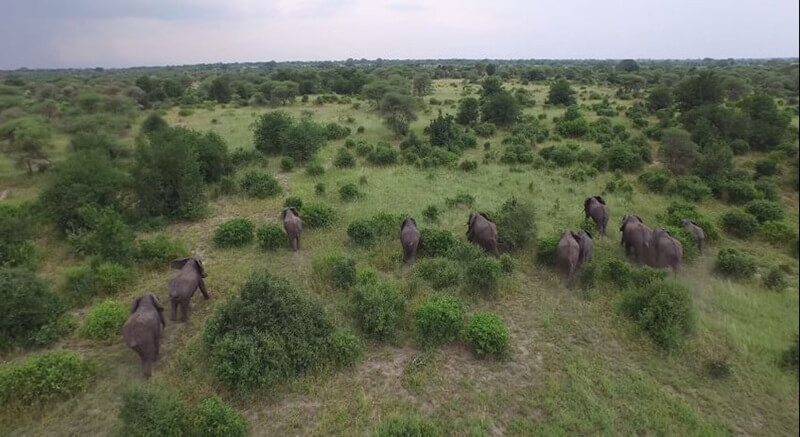 When the elephants raid the crops, they usually end up creating quite a considerable amount of damage, which can be frustrating for the villagers.

“We have a lot of animals getting into their fields and that creates anger because the farmers see that the wildlife that are surrounding them are damaging their crops.” Said Kateto Olekashe, a ranger at Tarengire’s Tanapa & Tawiri Reseach Center.

The park rangers were trained to fly the Phantoms in a non-invasive and controlled way, and at a safe distance from the elephants, to gently usher them away from the crops. The safety of the elephants was always taken into account.

One of the key reasons why the Phantom seems to be very effective in keeping the elephants away from the crops is because of the ‘bee-like’ sound that it makes. Previous research into natural deterrents shows that elephants avoid the sound of the bees because they have learned that a bee sting is painful. “Elephants respond very quickly to the sound and the noise,” said David Olsen, a biologist with Biodiversity and Wildlife Solutions.

As Mr. Olsen explained: “It’s sort of tough love. If we don’t keep the elephants out, there are many cases of reprisals against them. This is actually really a good thing for the elephants to deter them from going into the crops.”