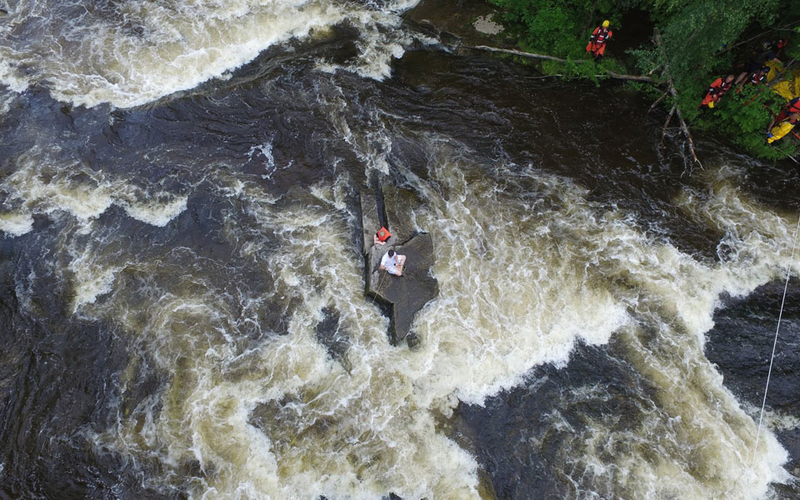 In July 2015, two young people became trapped on a rock in the middle of high rapids while tubing in Mechanics Falls, Maine. As the situation quickly became threatening, the Auburn Fire Department was called upon for help. Only one of the two had a life jacket, meaning the rescue team had to deliver a second one before a safe rescue operation could begin.

Fire Chief Frank Roma made a quick decision to use his personal DJI Phantom 3 to deliver a tag line to the pair. This allowed them to pull over the second life jacket they needed. The drone also helped the rescue team follow the situation from above, giving the team a better view to guide the rescue teams more effectively. Fire Chief Roma later explained to WMTW News 8: "I think we've only begun to scratch the surface for what [drones] full capabilities can be in the emergencies field". "I was able to see exactly what the drone was seeing. I was able to direct it to where it needed to be."